To share your memory on the wall of John West, sign in using one of the following options:

Provide comfort for the family of John West with a meaningful gesture of sympathy.

Visitation will be from 5-7 p.m., with a scripture service at 7:00 p.m. and a rosary to follow led by the Knights of Columbus on Thursday, April 25th at the Wight & Comes Funeral Chapel in Watertown.

Honorary Pallbearers will be members of the Knights of Columbus.

John Everett West was born to John S. and Nancy L. Tubbs on August 14, 1922 in Dempster, SD. He grew up in Big Stone City, SD, and graduated from Big Stone City High School in 1940.

John enlisted in the United States Army National Guard on June 4, 1940. At the outbreak of World War II, he was activated to the United States Army where he was in the North African and European Theater of Operations. He was in on the Salarno and Anzio Invasions of Algiers and Italy. He was awarded the Bronze Star during his military service and was honorably discharged as a sergeant on August 14, 1945. John then returned to South Dakota and attended one year of college at SDSU in Brookings.

On June 4, 1946 he married Ersul J. Wensing in the Immaculate Conception Catholic Church. They lived in California from 1951-1961 and John had remodeled two homes while living in California. John and Ersul lived in Florida for three years and then returned to Watertown. John also built eight homes and remodeled several homes in Florida, Estelline and Watertown. John was employed by the United States Postal Service in Watertown for 25 years, retiring in 1982. John and Ersul had celebrated their 62nd anniversary prior to her death in 2009.

John was a life member of the VFW Post 750, a 3rd degree knight with the Knights of Columbus, and was past president of the Watertown Eagles and Senior Citizens Center. He was past commander of the American Legion in Watertown and Estelline and had been the Mayor of Estelline for four years.

He was preceded in death by his parents; his wife, Ersul; one sister, Daisy E. West Breske; two brothers, Thomas and George West; and his daughter, Roxie Leavitt.
Read Less

Provide comfort for the family by sending flowers

We encourage you to share your most beloved memories of John here, so that the family and other loved ones can always see it. You can upload cherished photographs, or share your favorite stories, and can even comment on those shared by others. 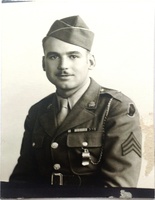 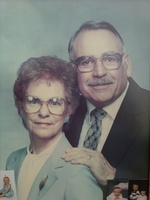 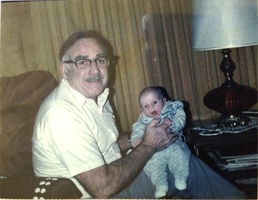