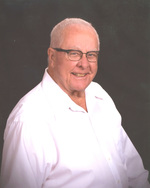 Funeral services will be at 11:00 a.m., Monday, April 8, 2019 at Lutheran Church of Our Redeemer in Watertown with Reverend Dan Ofstehage officiating. Music will be Brenna Erickson as the soloist accompanied by Chuck Parsons.

PLEASE NOTE DATE: Burial will be at 1:30 p.m. on Tuesday, April 9, 2019 at Union Lake Cemetery, near Winger, Minnesota. Pastor Scott Baker will officiate.


David Richard Vick, son of Arthur and Anne (Sundfor) Vick was born on May 31, 1937 in Watford City, ND. He grew up in Banks, ND attending country school and graduated from Watford City High School. Dave received his B.S. degree in Industrial Engineering at NDSU.

On September 5, 1959 he married Joan Solberg in Erskine, MN.

Dave worked for 3M Company in St. Paul, MN and then was transferred with 3M to Schenectady, NY. He returned to St. Paul and continued to work for 3M for a short time. Dave was then employed by Control Data in St. Paul. He was transferred with Control Data to Cambridge, MN, Aberdeen, SD and then to Portugal. Dave and Joan lived in the suburb of Lisbon, Portugal for two years from January of 1987 to December of 1989. They then moved to Omaha, NE. The couple purchased a motel/convenience store in Barnesville, MN, naming it "Barnesville Inn and C-Store" which they operated for eight years, retiring in 1998. From there they returned to Aberdeen and lived there for 13 years before moving to Watertown.

He is preceded in death by his parents; his daughter, Marie Joan Vick; three brothers; and three sisters.
Arrangements by Wight & Comes Funeral Chapel, www.wightandcomes.com.


Memorials may be designated to:
The Salvation Army of Watertown
621 4th St. SE
Watertown, SD 57201